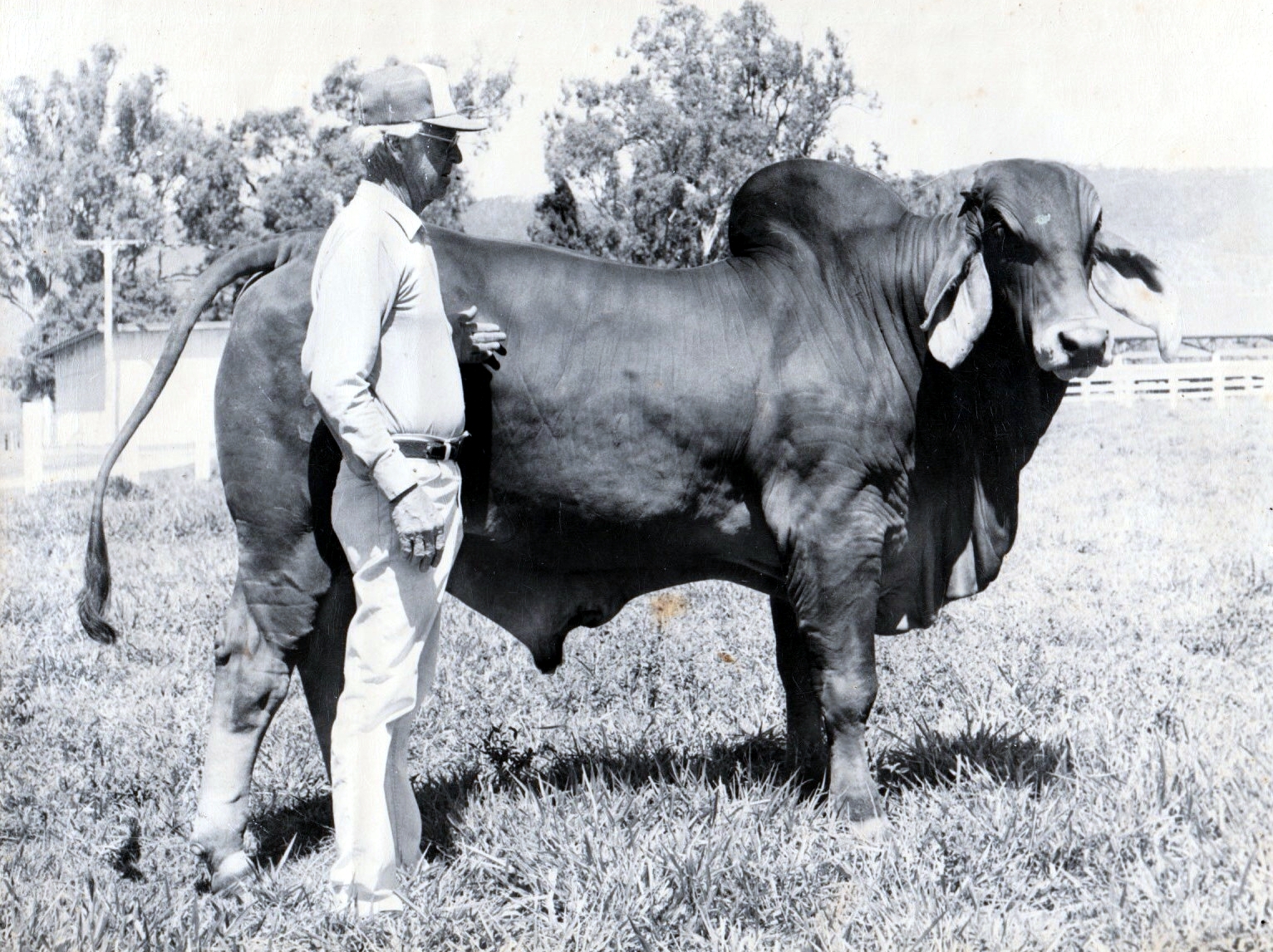 We were among the first to sell at Brahman Week when my grandfather, Arnie, was steering the ship. That year, we sold the top-selling herd bull and a total of 29 head for an average of $1,240.

Here’s Arnie and Arrow J Millionaire 300 (affectionately known as ‘Henry’), who went on to make a huge impact in the Australian red Brahman scene. Henry was imported from the USA.

The highly sought-after Rockley draft of imported blood sires and herd bulls sold for the hard-to-beat record average of $9,866.

Arnie was a true leader in the world of red Brahmans, and always one step ahead of the game. Thanks to him, new genetics were available at RBWS in 1991.

A great understudy of Arnie, Chris didn’t miss a beat when it came time to take over full control at Rockley. Under his leadership, Rockley sold the top priced red Brahman bull at RBWS for $18,000 in 1995.

Again we hit the headlines selling a polled red Brahman heifer for $32,000.

In 2016, the sale has grown into one of the world’s best multi-vendor bull sales and we are delighted to be returning after our unexpected three-year absence.

I have such fond memories as a kid of helping my grandfather mix feed that was hand fed to the bulls in the big Rockley bull shed. This was my first experience of the work and preparation that was involved in getting the sale bulls ready for Brahman Week. I remember not being allowed to pat them until two weeks before the sale because it made them too quiet and a pain to pen up because they kept stopping for a scratch.

I feel very privileged to be continuing Rockley’s tradition of excellence and commitment to producing elite red Brahmans. I only wish I’d learned more from my grandfather, a much-admired and pioneer Brahman breeder who passed away when I was just 15.

Today, Rockley’s allocation at RBWS is 17 bulls. We’re offering 10 of our best in 2016 and sell on Wednesday the  5th of October, our lot numbers are 744 – 753. We’ll soon be adding images and notes to the Sales/Events pages of our website.

We’re looking forward to saying g’day at the sale in early October, so please look out for us at Rocky.

Right on track for a 100% polled herd

Chips off the old block – Picasso progeny are impressive